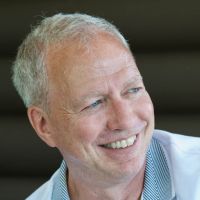 Contributing to the fabric of the community is a key focus for Jason Winkler. The Community Services mission and values align with his personal interests and, most importantly, with the evolving needs of the Sunshine Coast. He joined the Board in 2017.

Jason brings over 25 years of experience in organization transformation and human resource management in North America, Asia and the Middle East. His early career in consulting focused on leadership development with high technology and federal government clients in Ottawa. He joined Deloitte (Consulting) in 1992 where he progressed to Partner leading client engagements as well as managing the Western Canadian and BC Consulting practices during both economic downturns and periods of significant growth. His clients included BC Government Ministries, crown corporations, as well as other public sector entities in Canada and the US. For five years prior to retiring, Jason led all human resource functions at Deloitte Canada (over 11,000 employees) with a national team of 200 people. 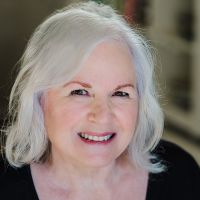 When it comes to business, experience counts for everything, and Patricia York brings a wealth of experience, knowledge, and skills from previous positions.

Patricia is the Principal and Founder of York HR Solutions, a company that specializes in advising Boards, CEOs, and Executive Teams on strategy, org design and leadership. Her clients include some of the most successful companies in technology, medical research, biotechnology, investment, as well as some of British Columbia’s leading non-profits. Client engagements have included contained projects and facilitations through to ongoing consulting engagements spanning several months or years.

Prior to launching her own business Patricia was highly engaged as a senior Human Resources executive for a number of large global companies. As Vice President, Human Resources for Disney Interactive Studios in Los Angeles, California, she was responsible for global operations in the US, Canada, Europe, and Asia, and was instrumental in several global mergers and acquisitions in addition to growing three start-up studios.

As Vice President of Human Resources at Electronic Arts Canada, Patricia developed leading edge programs and revamped their compensation, recruitment, and human resources practices to lead the company to a placement on the Globe and Mail ‘50 Best Companies to Work for in Canada’ list. During her tenure with Electronic Arts Canada the company grew from 500 employees to more than 1800 employees.

One of Patricia’s most more recent accomplishments was the creation, design and launch of an Executive Institute for a client within the life sciences sector. This 10-month pan-Canadian program for top level executives is designed to further develop and hone leadership skills. This successful program is now in its fourth year. 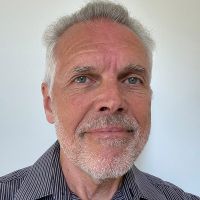 Andy and his wife have owned a home in Halfmoon Bay since 2003. Andy has been a volunteer in several roles with the Sunshine Coast Community Services Society and is an active Board member of the Halfmoon Bay Community Association.

Andy has a Bachelor of Science in Mathematics and Computer Science from the University of Birmingham and an MBA from Simon Fraser University. He had a career in computer software development and management spanning 34 years. After progressing through various technical roles in England, South Africa and the U.S., Andy took on more senior management roles, most recently with Vancity Credit Union and the Land Titles and Survey Authority in Victoria. In 2010, while the world was watching the Vancouver Winter Olympics, Andy changed gears to fulfill a long-held ambition to run his own business and built up a franchise tutoring business in North and West Vancouver serving K-12 students and adults in English as a Second Language. The business grew successfully before he sold it in 2016.

Andy loves everything outdoors, especially hiking, running, cycling and don’t forget pickleball. Since retirement, and especially since the start of COVID-19, he has become ever more keenly aware of the growing imbalance of economic standing among people on the Sunshine Coast and everywhere. He is a big supporter of SCCSS and especially the Building Together project to provide new Community Services program delivery space and housing for vulnerable women and their children. 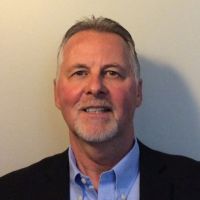 Having the opportunity to give back to our community in a meaningful way is what attracted Brian to the Sunshine Coast Community Services Programs.

Brian has his APICS, CPIM designation and brings over 20 years of senior management experience in various industries. Most recently Brian held the position of VP of Operations, Western Canada for Motion, Canada’s, leading provider of comprehensive and customized mobility and accessibility solutions.

Brian has served on the APICS Board and has volunteered for several organizations including Big Brothers, YMCA (Tae Kwon Do Instructor) and as a hockey coach. Prior to becoming a SCCSS Board Member, Brian volunteered for two years at the Sunshine Coast Food Bank.

Brian retired in 2017 and now enjoys the lifestyle and many activities the Sunshine Coast has to offer. He lives with his wife Susan and their dog Abbie and cat Jerry in Roberts Creek. 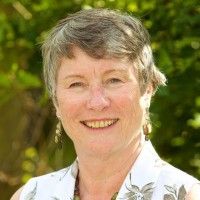 Community Services’ programs for those whose life circumstances make them especially vulnerable is what drew Sue Anne to do everything she can to give everyone an equitable life on the Sunshine Coast.

Sue Anne’s career in advertising and marketing spanned thirty-five years in Vancouver culminating as VP for Palmer Jarvis Advertising. She completed her career as Director Marketing for SFU’s (now Beedie School of) Business faculty after earning her MBA there at age 51.

In retirement, Sue Anne completed a Master of Fine Arts in Creative Writing, and in 2018 published her first book, “A Fuller Life.” She loves to explore coastal waters with Hugh and her dog, Bravo and cat, Miss Bee in their sailboat. 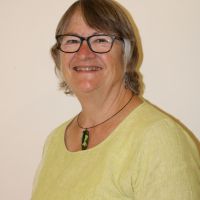 Penny retired in 2011 from a career in the public service in both Newfoundland and British Columbia.

Trained in the health sciences with a MSc in Community Nutrition from UBC, she spent 28 years working for Health Canada with First Nations communities throughout BC as director of programs including maternal and child health, children and youth, fetal alcohol spectrum disorder, and nutrition. She was also involved in the transition of health programs and services from Health Canada to the BC First Nations Health Authority. She was introduced to the Sunshine Coast through that work, and made the wise decision to move to Sechelt.

Since retirement, Penny has been active in the Sunshine Coast Spinners and Weavers Guild including a term as President. She also regularly spends time on Granville Island as a working member of the Fibre Art Studio. She also enjoys sheep herding with her border collie. 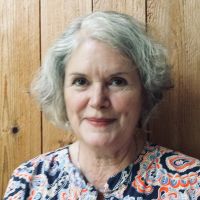 Joanne Harrington grew up in Saskatoon where she studied at the University of Saskatchewan. She is a fan of fungus and received a Bachelor of Science in Soil Microbiology. After moving to Vancouver, Joanne worked both at UBC and SFU as a research assistant. Later Joanne was the administrative assistant for two consecutive research projects in the Biology Department then the administrative assistant and student advisor in Political Science.

Realizing that children were definitely more fun than either adults or fungus, Joanne further studied and obtained a PBD in Music Education and a teaching diploma from SFU. The last 13 years of her working career were spent as an elementary music teacher in Burnaby.

As a teacher Joanne had the most fun and saw the most heartache. Schools where she taught had students whose lives had harsh economic, social and cultural challenges. There she saw that a strong public education system and a safe nurturing community that addressed food, clothing and housing needs were important steps towards healthy families and community.

For the past 4 years, Joanne has volunteered at the Sechelt Food Bank. Prior to that she was a Habitat for Humanity board member for 18 months. By participating as a board member of the SCCSS, she hopes to further contribute to the Sunshine Coast community.

Joanne lives with her husband in Roberts Creek and has children and grandchildren – sadly all at least a ferry ride away. For leisure she enjoys gardening and playing the piano. 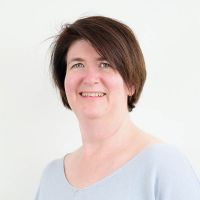 Linda has shared her time between Sechelt and Vancouver since 2018 and was drawn to the area by the beauty of the coast. She joined the board of Community Services because of the diverse and wide range of programs that have such a positive impact on the community. Linda has been a member of the board since 2020.

Linda has been working with Seaspan in North Vancouver for the last 13 years, where she is currently the Chief Financial Officer for the Marine Transportation businesses.  Prior to that she worked for Deloitte Consulting in Toronto and Vancouver, and in Montreal for Air Canada. She started her career in Calgary, following the completion of her degree, and found her way into the airline industry with Canadian Airlines.

Linda has a Bachelor of Commerce degree from the University of Calgary, a CPA-CMA designation, and a Master of Business Administration (MBA) from Queen’s University and has been committed to continuous learning throughout her career. She is a diligent finance professional with over 25 years of experience across different industries and looks forward to being an active member of the finance committee and the board of directors. 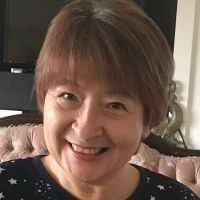 Born in New Westminster, Ruby Orchard remembers fondly days in the early ‘70s dancing to the pipers at Robbie Burns Dinners at the Legions in Roberts Creek, Gibsons and Sechelt as well as coming to perform with other highland dancers at the Timber Days festival in Hackett Park. In the intervening years, a 30-year career in Contract Administration followed in industries such as Mining and Commercial/Multifamily construction with a brief foray into Commercial Playground and the BC Film industries. Ruby holds a diploma in Construction and Project Management as well as an ancient diploma in Graphic Design.

In her non-working life, Ruby was able to pursue her ideas of social justice and equality by volunteering with not-for-profit societies, by fostering 4 children and by raising 2 sons of her own while caregiving for her disabled partner. In 2005, Ruby was introduced to Burning Man and in 2007 she embraced the work of establishing the Greater Vancouver Interactive Arts Society, a regional branch of Burning Man by serving on their bootstrap board and in the foundling Society until 2010. In 2015 she remarried and with great delight, Ruby retired to Gibsons in July 2017. Daily walks along the beach and contemplation of “what’s next?” led to a serious consideration of ways to pay forward to this beautiful community she now calls home. Honoured to become part of the SCCSS Board of Directors, Ruby looks forward to meeting each of you. 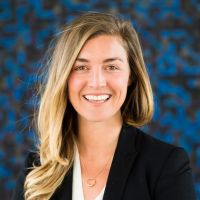 Kayla is a lifelong community volunteer and strives to be an agent for positive social change in her personal and professional lives. She is the Associate Director of SFU Sustainability at Simon Fraser University where her work is focused institution wide climate action strategies and plans, governance and organizational structures, and embedding sustainability into the core business functions and community at SFU. She believes in climate and social justice and endeavors to ensure that equity and decolonizing principles and practices are at the center of all decisions and solution pathways. Kayla holds a Hon. BSc in Environmental Science and Economics from Dalhousie University and has training in leadership, change management, and EDI. Kayla was introduced to the SCCSS by volunteering at the Food Bank where she experienced the positive impacts that the organization has on the Coast community.

Kayla is a newer Coast resident and lives in xwilkway (Halfmoon Bay) with her partner. She is an avid reader, cook, mountain biker, runner, and occasional angler. She is honored to serve the Coast community as a member of the Board and can’t wait to collaborate with stakeholders to advance the organization’s mission.